Reduce your energy costs with

How Does Solar Energy Work?

Solar panels or solar modules, are typically installed on the roof. These panels are made up up of photovoltaic (PV) cells, which convert absorbed sunlight into direct current (DC) power.

The DC power from the solar panels is sent to an inverter. The inverter converts the DC power into alternating current (AC) power, the standard electrical current used in homes.

AC power travels from the inverter to the electrical panel (breaker box) making the power available to use in your home.

Your utility meter is continually measuring the electrical supply in your home, when your solar systems produces more power than your home needs the meter will spin backward, accumulating credits with the utility company, offsetting your next power bill.

Your home remains connected to the utility grid to supply you with the electricity that may be lacking in your system, such as at night. 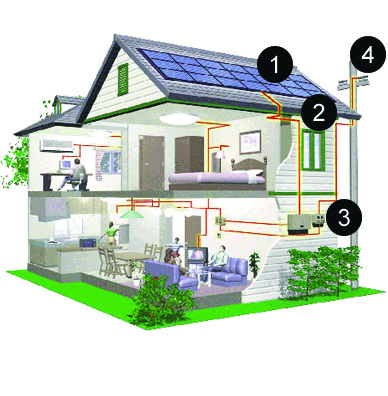 Solar cells are combined into panels, this includes a frame and electrical connections. These panels are installed on your roof (or in some cases on the ground) they collect the electricity from the sunlight.

2) The Inverter or Microinverters

The electrical device that converts direct current (DC) electricity collected from sunlight into alternating current (AC) electricity which can be used in your home.

To prevent insufficient power transfer, we select wires that can handle the output from your system. We wiring from your panels to your net meter.

An electricity meter that spins forward and backwards, it can track the electricity that your solar system puts into the power grid, and how much it has pulled from the grid.

A typical 5 kilowatt solar system will increase the value of your home by approximately $60,000 (without increasing property taxes) and can potentially reduce or eliminate your utility bill.Through both US and Utah Solar Incentives, installing solar electric panels on your home may entitle you to receive a 30% or more Tax Credit and a substantial rebate check from your utility provider.
Going green with renewable energy is the future, installing solar panels will contribute to a healthier environment for generations to come.

How Much Will I Save?

Electricity prices rise 4% a year in Utah: Utah’s electricity rates go up every year and are expected to continue to rise. The good news is that going solar is a solution to help control these runaway costs. 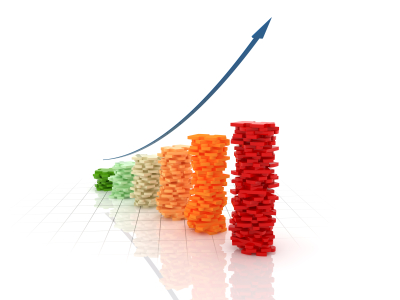 With 280-300 days of sunshine a year, Utahans are in a great position to off set their energy usage with solar rather than rely solely on fossil fuel as it becomes prohibitively expensive.

Yes! Becoming your own power source by installing solar panels is a giant step towards gaining energy independence and freedom from rising electricity rates. You can lower energy costs and reduce your bills immediately when you install solar. When electricity rates in Utah climb, you’ll be largely protected because you will only be buying a small amount of electricity from the utility.

Savings by going solar can easily add up to thousands of dollars over the life of your system.

Based on today’s rates and by taking advantage of solar incentives, the an average 3 kilowatt solar array will provided over $17K of net savings over the life of the system!

Because of enhanced incentives, commercial business solar system, have an even better return.